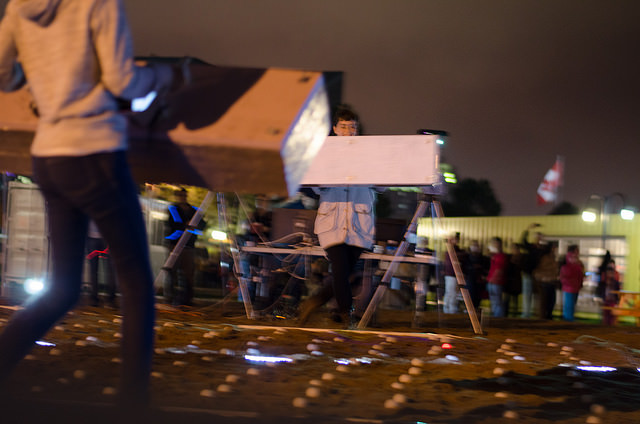 Beach Pong is a mashup of beach volleyball and the classic video game Pong. Holding large foam paddles, players shimmy side to side on either end of the sand court in order to hit the virtual ball. The ball is visible to players via a 3D viewfinder embedded in the paddle – and visible to the audience on a large projection of a tube TV showing a videogame version of the game in progress. A grid of LED lights placed on the sand between the player regions also shows the position and heading of the virtual ball. 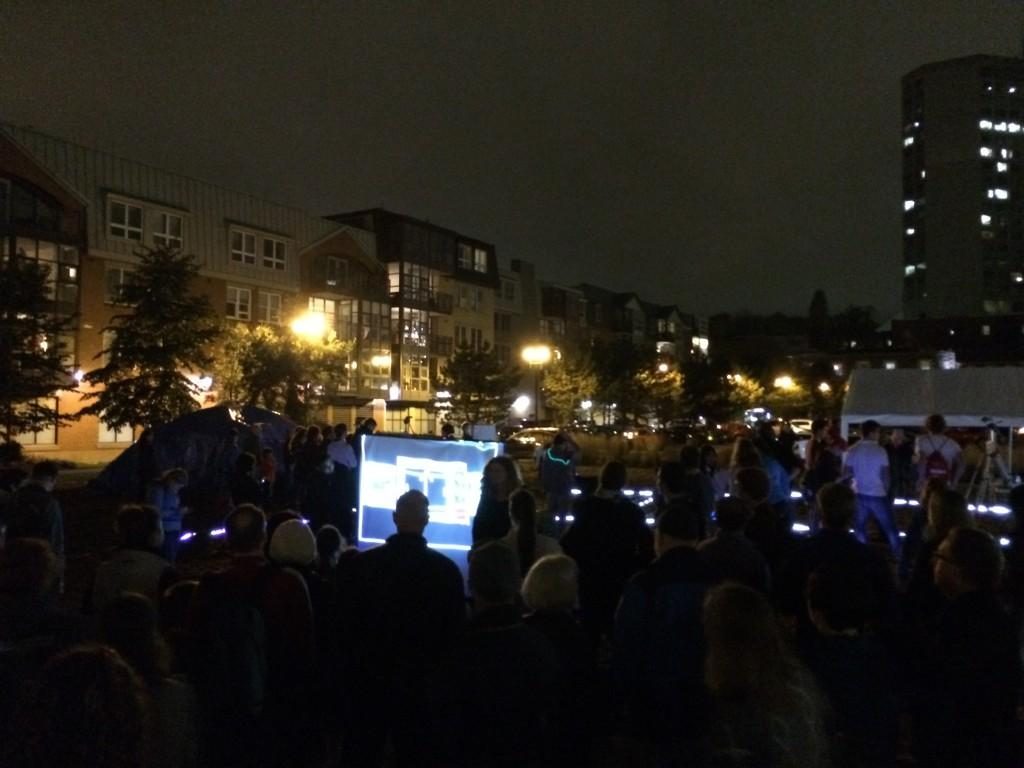 The sand in the play area is raked flat at the start of each round. As players play, they upset the sand, causing small (or larger) pockets of uneven sand. Depressions in the sand below a threshold are detected by 3D depth cameras, and virtual lava is projected directly on the sand, to give the appearance that a fissure is opening from the depression.  If players accidentally step in the lava a projection of flame will erupt around them, and their game is over. 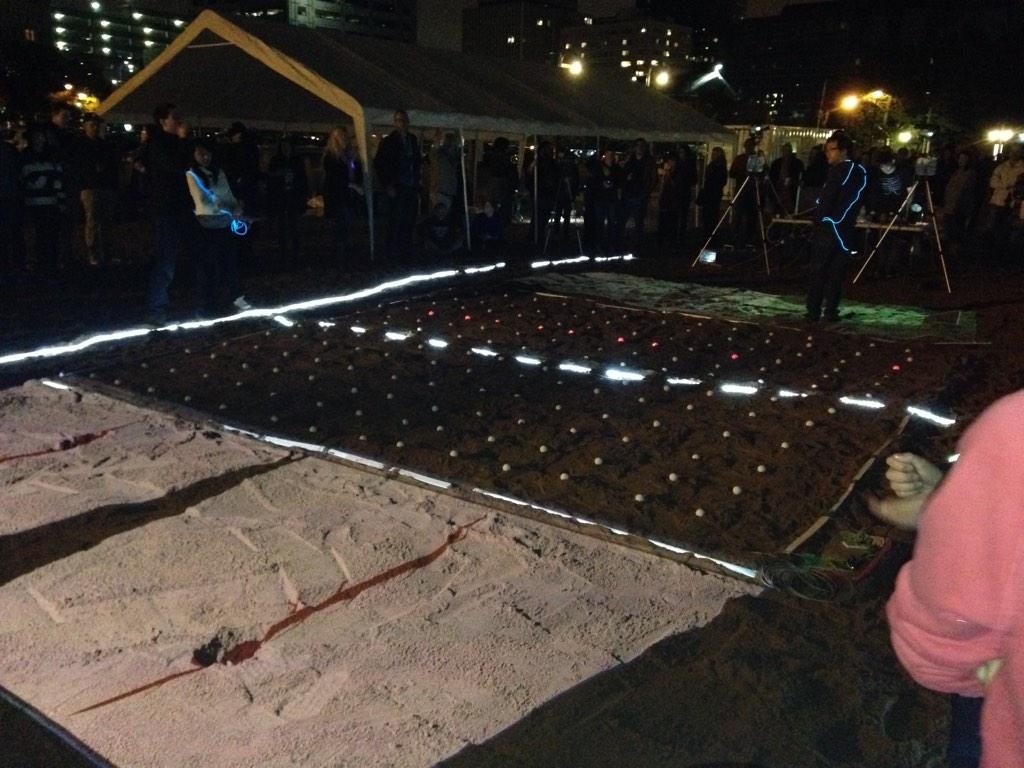 Beach Pong is a mixed reality game that we have created to let us explore the impact of physical and cognitive challenge on immersion in mixed reality whole-body interactive games. We are also interested in how players divide their attention between the physical environment, the viewfinder, and the embedded display elements (the LED grid and the projected lava). It’s also lots of fun to play.

Beach Pong was exhibited as part of Nocturne:Art at Night at Sands on Salter (Halifax Waterfront). 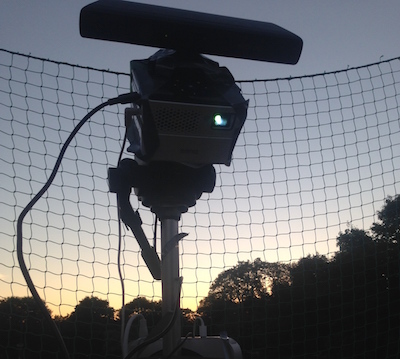